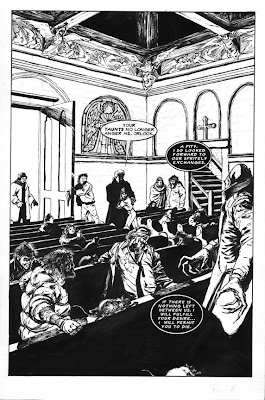 Homeless guys, rats, vampire, protagonist, hero & victim all in one place - -pretty much sets up the issue.
Was thinking last night about the number of vampire or vampire-like projects or characters I've worked with over the years:
That seems like a fair amount of vampire for one guy.
Posted by Unknown at 10:42