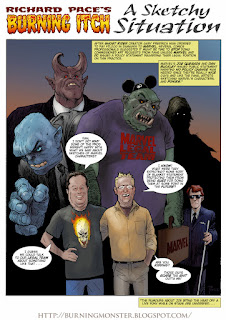 I was involved in a number of conversations in the shadow of the $17 000 damages against Gary Friedrich, both on the phone and digitally.  Some people are deciding to no longer draw characters belonging to Marvel or DC again, others aren't at all worried about anything ever being done about cons sketches or commissions.

I'm rather in the middle;  I doubt Marvel or DC (or Disney, or Lucasfilm, etc.) really care about it -- at least at the working publishing end.  I'm not at all convinced their legal counsel are as blase about it and it's those people that worry me.  That being said, there won't be some surprise lawsuit dragging hundreds of freelancers into court.  Any first volley will most likely be a series of cease and desist letters given out at conventions or legal statements given to con organizers to distribute to their guests.

January and February were horrible for me health-wise, so some things had to be let go to allow for the WORK-THAT-NEEDED-TO-BE-DONE-AT-ALL-COSTS.  The Burning Itches were among them.

Now that I'm running at full steam again, I'm working away at a series of new projects.  Including joining the amazing team of artists on Alex de Campi's ASHES (http://www.comicsalliance.com/2012/02/17/ashes-alex-de-campi-new-artists-kickstarter/).  I'll share work and announce what else I'm working on as I'm allowed.

Been really under the weather for more than a few weeks and it's put me very far behind on a number of things, including my weekly Burning Itch.  I actually started one each of the last two weeks, but with so many paying assignments needing more immediate attentions, I've had to let them go unfinished.

I'm hoping to catch up by next week, so, fingers crossed. 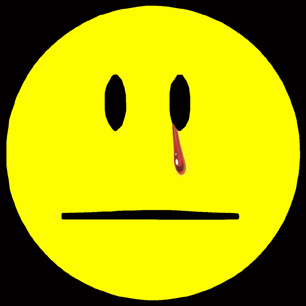 The news about DC's colossal waste of talented freelancers in a desperate money-grab, with Alan Moore's response:
http://www.nytimes.com/2012/02/01/books/dc-comics-plans-prequels-to-watchmen-series.html?_r=1&src=tp

Image updated with a suggestion from http://shmeeden.deviantart.com/
Posted by Unknown at 09:43 4 comments: