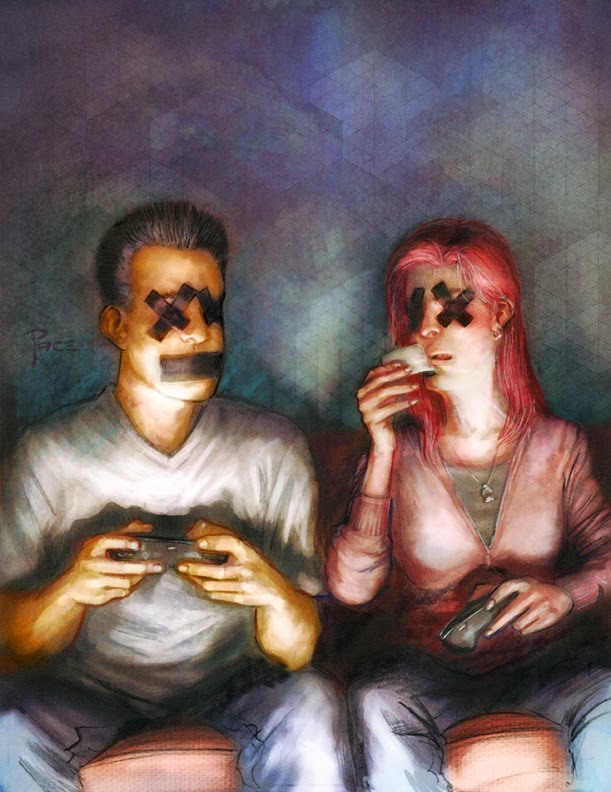 This is the copy-free artwork for the cover of the June 2014 issue of CGMagazine.
http://www.cgmagonline.com/
Posted by Unknown at 16:21 No comments: 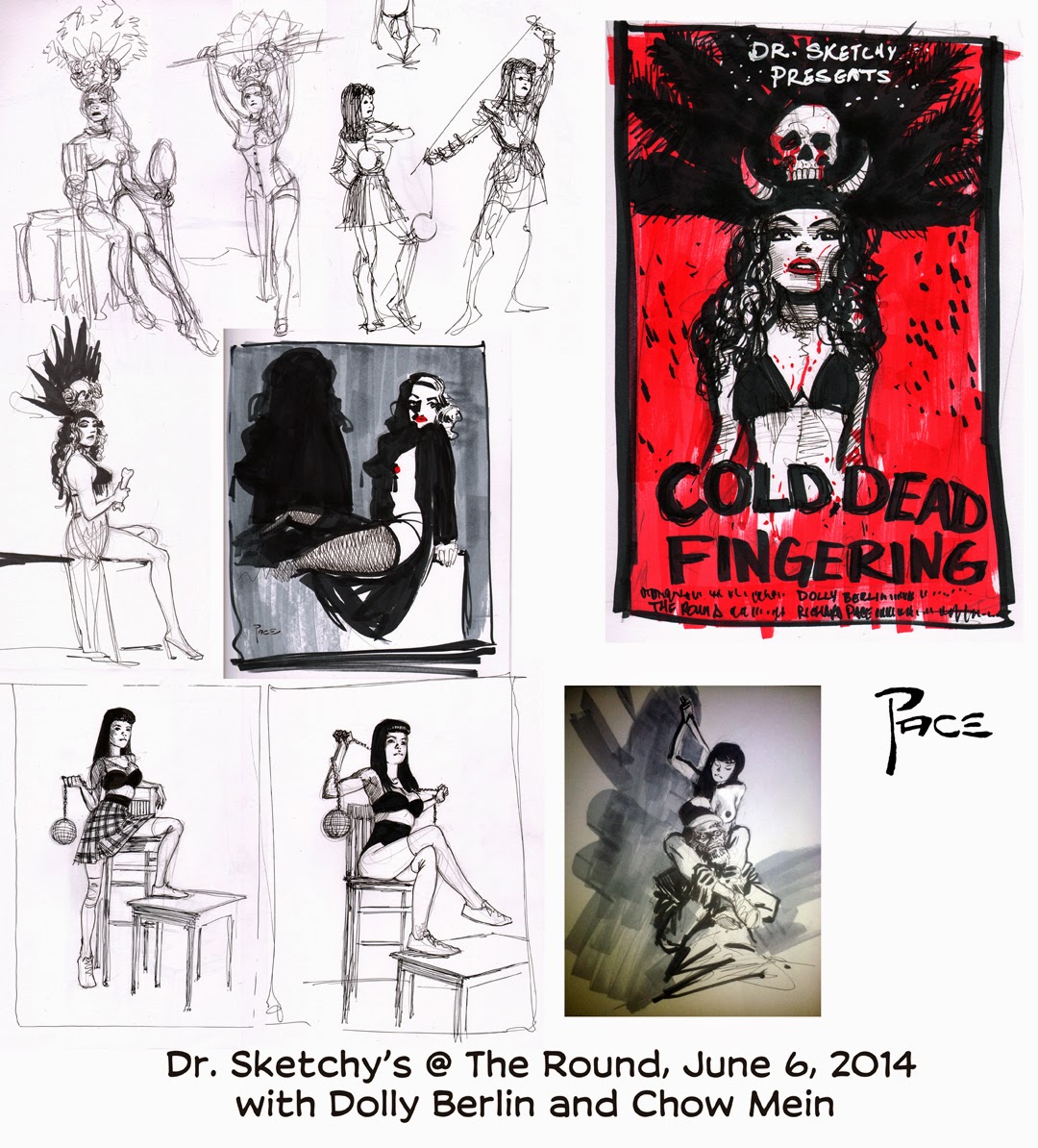 Highlights from my sketches at Dr, Sketchy's at The Round.  Dolly Berlin and Chow Mein were great models.  The last sketch is a camera pic of the piece I gave Chow.

I won a real cool book in one of the contests, too. 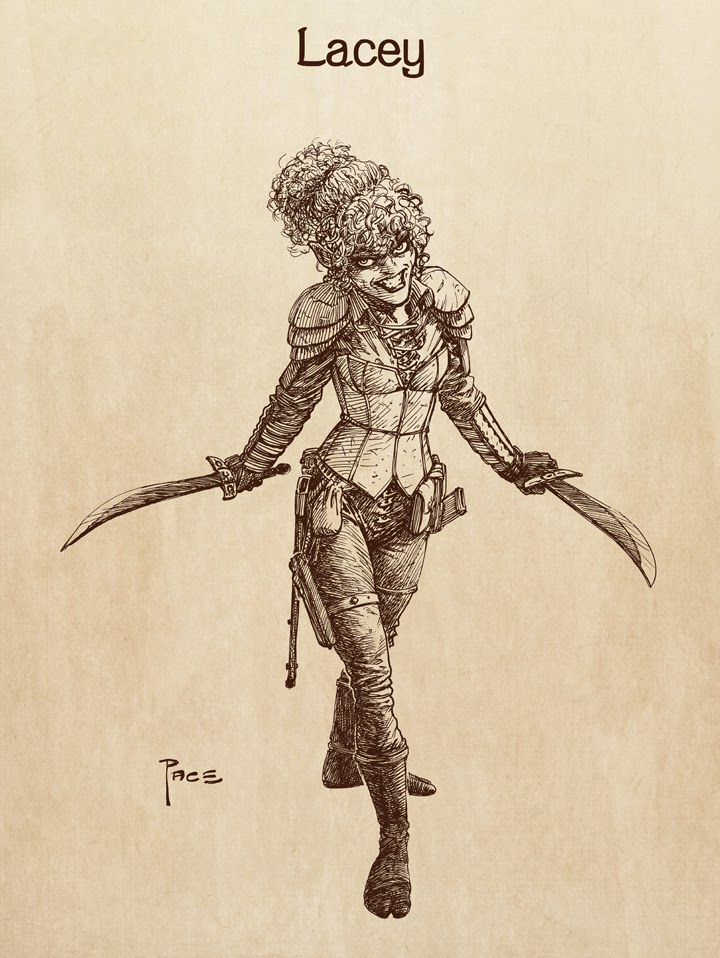 Another D&D character I'll never get around to playing.

Lacey is an instantly unnerving presence, particularly for a halfling.  She stares, is a 'close talker', prone to smiling when one shouldn't, and talks about alternate career paths not taken, particularly morbid or wholly fictitious jobs involving cutting people or animals.  She describes her current career as an "adventuring problem solver", suggesting a broad range of skills involving locks and traps, but specializing in stabbing people when they least expect it.

She never talks about where she's from or her family of origin and it's suspected Lacey Raight isn't her real name.