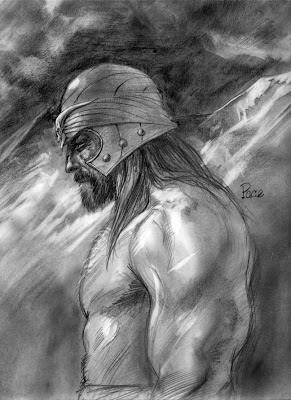 Talkin' 'bout Kane, baby!
Not Robert E. Howard's Solomon Kane, no. He's cool - -see my earlier sketch for comments on that guy.
Nope --talking about Karl Edward Wagner's Kane. 300 pounds of sorcerous left-handed, sword-swinging, god-killing, immortal badness. Kane is decidedly an anti-hero, often made protagonist only by the fact that his worst enemies are often Lovecraftian aliens lingering in the forgotten shadows of his barbaric world.
I think I've read my Kane books even more often than my REH Berkley Conan books -- which were edited by the late Mr. Wagner and were the reason I sought his S&S tales. Seeing the amazing Frank Frazetta covers would have made me buy them anyway, but things didn't happen in that order.
I long fantasized about adapting Kane to comics -- always thinking that the books would have to carry the Frazetta paintings in some way if one wanted to do them right. So, I'm a little conflicted on the news that at least one of the Frazetta Kane covers is being used for something else. I'm always happy to see more S&S comics and Frazetta get the respect he deserves, but. . .
. . .Damn it! That's a Kane cover!
Oh, well, maybe I'll still get to a Kane comic someday. Doesn't look like any of the guys doing the Image Frazetta comics chose to spin off of Bloodstone or Darkness Weaves yet!
~Richard
Posted by Unknown at 22:35 2 comments:

Mark Irwin at Upper Deck sent out an open call for artists to do sketch cards for an upcoming Marvel card release. I thought it sounded like fun and grabbed 50 with the idea that I'd do one or two every day before starting my other work. Here's a sampling: 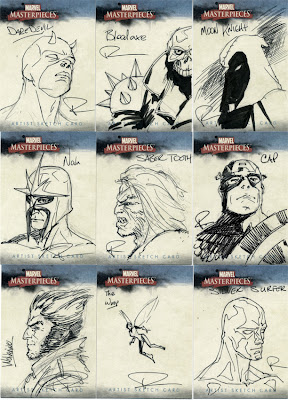 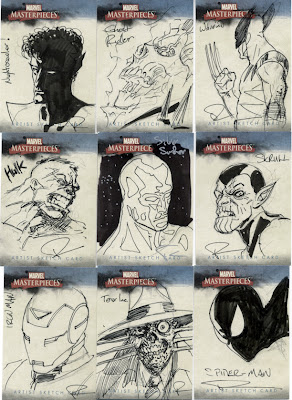 Sorry about being absent so far this summer -- been busy with both work and family and the majority of my sketching has been academic rather than imaginative.
~Richard
Posted by Unknown at 12:23 No comments: