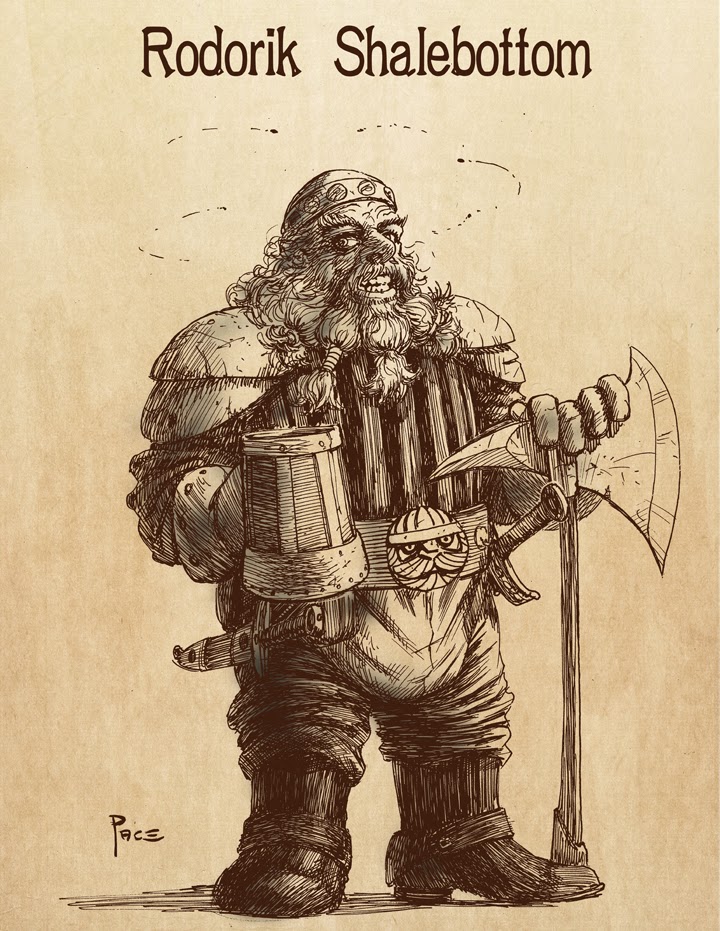 Needed to do something 'other' tonight as a distraction from complicated production and inking, and my thoughts turned toward the pending release of the new D&D.  Since I no longer play, I can only dream of what characters I'd come up with.

Here's one:
Rodorik Shalebottom.  Third son of the patriarch of the Shalebottom clan in the Pungent Hills, he has chosen the life of an "adventurer" instead of following in the family tradition of midden pit excavation.  His childhood years spent in the forests near his home and penchant to bringing home small mammals hidden in his trousers made him "too natural" for his kin, so he's not really missed by any of his kin.

He makes his way in the world as a sometime sellsword and obtainer of "lost" treasures. He's made frequent mention of his desire to study under a druid, "Just enough to get an animal companion like a ferret.  Something I wouldn't have to worry about biting too hard or ripping out the fronts of my britches."

Email ThisBlogThis!Share to TwitterShare to FacebookShare to Pinterest
Labels: Dungeons and dragons, dwarf

The target audience for Maxim or Playboy is men, so I don't have an issue with their content, but we keep being told the audience for Marvel and DC books is for men AND woman.

Using real life as an example, woman can can look like they can throw (or take) a punch and still be damn sexy.