I wasn’t around for the first version of the Ghost Rider, but thinks he looked swell on this cover. I’ve been a fan of the more contemporary Ghost Rider since I was a kid in the mid-to-late 70s. Something about the character just jump-started the neat-o-meter in my head and stuck there; flaming skull, flaming motorcycle, complex hero – all gold. Even though what I thought was cool changed as I hit my teens and again in my 20s, Ghost Rider had that nostalgia bump to keep it going.

Marvel gave the character another shot in the 90s, sprucing up his look but keeping the core elements while giving him a more hardcore (for comics) edge with the spikes and such. The writing was pretty lousy for the most part, but he still looked cool, especially when Ron Garney or the Kubert’s took a turn at drawing him. 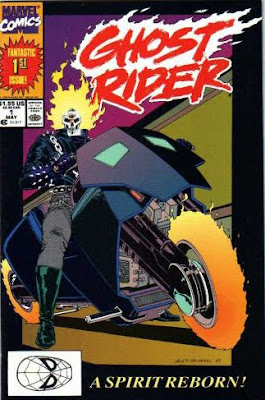 Sales sagged and, I would assume either panic or madness fueled the next fashion update for ghost Rider. I understand the intent even as I know just how wrong-headed it was. I suspect it was either an editorial or the writer’s decision to move the character in this horrible visual direction. If this change was artist driven, I’d argue that the artist surrender his pencils. I’m all for new costumes as long as they don’t look stupid at the time. This one looked stupid before it was even published. 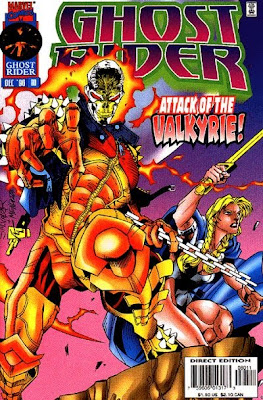 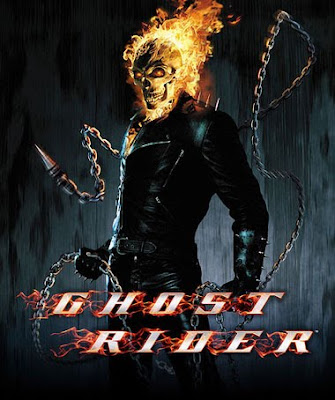 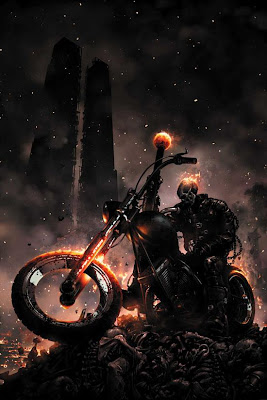 Eventually Jason Aaron took the reigns of the book and steered the book through some weird 70s-style goofiness partnered with some gutsy (I’m assuming European) artwork. The dozens of new Ghost Riders showing up was crazy-fun and the plot was opening things up to go in interesting new places with the characters, but, then, it just wrapped up. 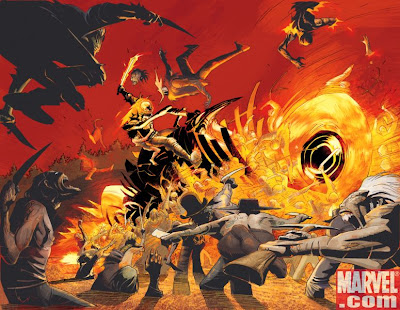 A few days back the most excellent Tom Raney popped this up on his blog and at his deviantART page. 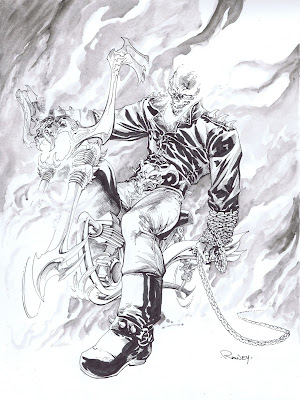 Tom’s drawing set me to thinking; I don’t think Ghost Rider’s visual development has gone far enough. I think it’s time to approach it as a conceptual art development process. To do that we have to break down what is essential to the character.

You have to start with the biker-guy. 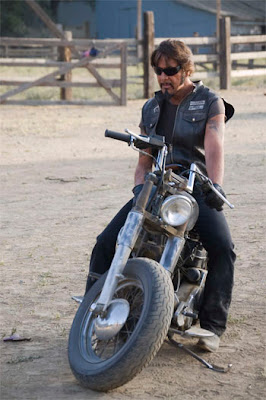 A devil – mainly as a source of power. 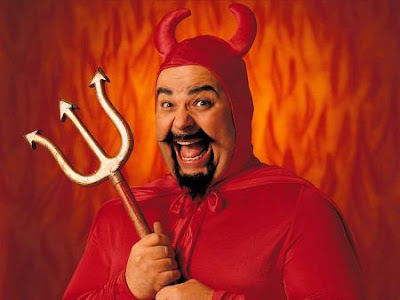 And a flaming skull. 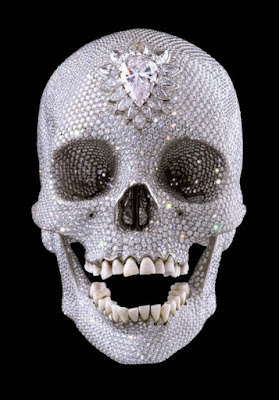 No. Not that sort, more a combo of these two: 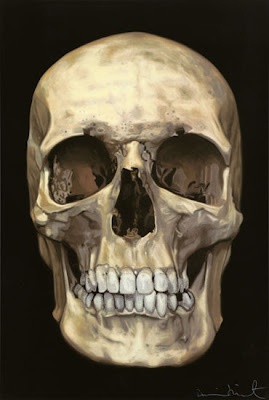 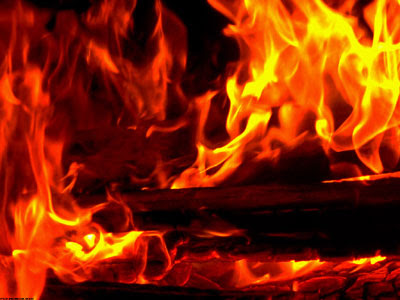 Probably quite a bit of the fire, too.
I'm probably going to quite a bit of reconceptualizing the character from the ground up as I go, so we'll probably end up with something having little to do with what Marvel is using - -or even would want to use.
More later. . . .
Posted by Unknown at 15:52