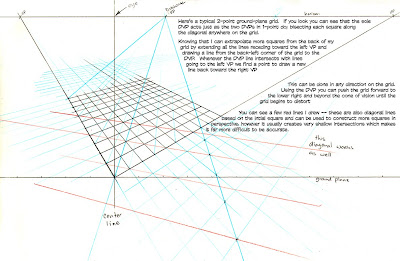 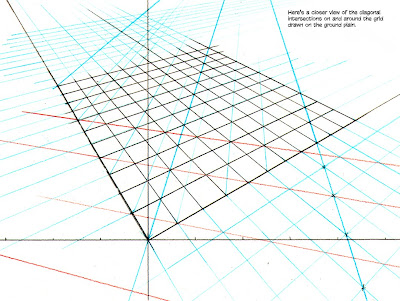 Note:
The code for this entry got horribly messed up as I uploaded some corrections so I deleted the previous version and just put it up as a new entry -- sorry about the lost comments as a result.
Also, I seemed to have glossed over it in the original: this isn't a full perspective lesson by any means and much of the above info could be quite confusing to anyone not aware of the terminology and set up I'm using with my students.
~R
Posted by Unknown at 00:54

Where do you teach?

Durham College in Oshawa, Ontario in both the Animation and Games programs.

Perspective is one of those subjects we hate to learn because it looks hard. You made that easy to understand. Thanks.