The Evils of Kimon Nicolaïdes 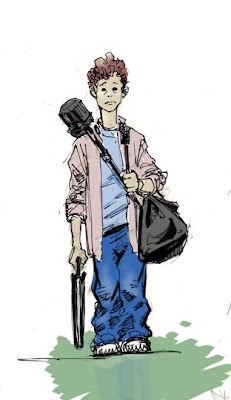 I'm going to start with what will likely be a slightly controversial premise; there’s too much life drawing in first year art school.

Having said that so simply, I now can take the time to put that in context; if the goal is to produce a graduate who can enter a field where they need to draw the human figure from their imagination is paramount (comics, concept art, animation, storyboarding, etc.) the ability to draw from a nude figure placed upon a lighted stage is actually of little use.

I think I can speak with some authority on Kimon Nicolaïdes's The Natural Way to Draw and how it seems to be most often used in contemporary Art School classrooms. Years ago, when I went to Sheridan Illustration, it was the primary text for all three years of the life drawing program and I just spent two years teaching a Beginning Life Drawing course built off of the book (with small portions cribbed from Bridgman and Hale), so I'm pretty intimate with the work.

For those new to the book, it describes in great detail a program of drawing from the model, 3 hours a day, five days a week for 25 weeks. The course is varied and quite expansive, often using "ah-hah" kinds of exercises to get the student to develop a better understanding of energy, weight, mass and movement and how to represent it on paper. His language is often oblique or dense and feels like a book written for a different age, which it is; Nicolaïdes finished writing it in in 1936. That really shouldn't matter since rules of usage haven't changed that much in 70 years, but the contemporary student really shouldn't have to puzzle out meaning from baroque paragraphs vaguely describing the intent of an exercise.

An aside, Harold Speed's most excellent The Practice and Science of Drawing was first published in 1917 and reads far more clearly that Kimon's how-to book. 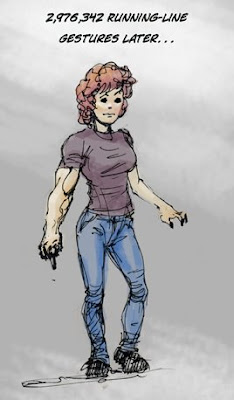 Back to The Natural Way to Draw; it posits an environment where the student draws for three hours every day for 25 weeks. Will a student get better for having gone through it? Yes, of course, most art students haven’t done that much drawing in their entire lives previous, so just the act of doing that much drawing will pay off with general improvement. However, I can't think of a single school that spends that much time with the model. One of the best things about Nicolaïdes's program is its intensity, and no one can follow through on it.

The school I just taught at was considerably more intensive than any other I'm currently aware of at two weekly 3.5 hour classes and a 3 hour lab (unsupervised drawing time with model) per week. In one year of two twelve week semesters you could theoretically cover most of the course. We didn't, actually only covering 8-9 weeks of it, with other elements (such as drapery) dropped into another course; Principles of Drawing.

With this less-then-perfect application of the program, what do we really have? An incomplete process to draw from a live model better than you did at the start. The Natural Way to Draw doesn't do what the potential visual arts communicator needs more than anything; teach him or her how to draw.

There's more valuable information in Buscema's How to Draw Comics the Marvel Way for the practical needs of the professional artist than in Nicolïades's book. 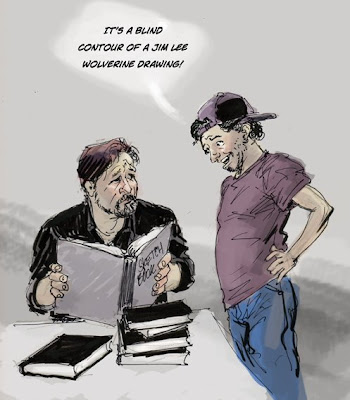 For an artist to apply gesture, line sensitivity, an understanding of weight and mass to an imaginative drawing there has to be something to hang those embellishments off of, some sort of process to create the figure without reference. Bridgman saw this, as did Andrew Loomis, Frank J. Reilly and (gah -- please don't think this is a recommendation) Hogarth.

Before an artist can really apply the benefits of life drawing to imaginative drawing he or she needs to be able to draw a reasonably accurate manikin and that requires an understanding of proportion and structure and the ability to judge the relationship between somewhat abstract shapes on a 2-dimensional surface. Starting new students with blind contour studies and running-line gesture day one is doing them a disservice. The only students who seem to thrive are those who already have a firm grasp of the basic figure entering the school.

If I were developing a new program that was intended to meet the needs of visual communications artists, use of the live model would be limited in the first year. Instead I would have the students study proportion, structure, their ability to assess what they've drawn for consistency and accuracy, and provide them with a variety of situational manikins to be able to draw the basic figure from their imagination. A model would be used during this process, but it would be limited, and in support of reinforcing the theory.

Once that was accomplished, then a full life drawing program could commence and the students could really start to glean useful information for their future careers. I'd probably still crib things from Nicolaïdes for that, but it would be with the understanding that the life drawing course would have to be in service to the careers of the students, not in service to an ideal of fine art drawing in and of itself.

Again and again, as both student as teacher, I've run into the situation where "not enough time" was the reason things weren't done more fully or effectively. Perhaps the solution shouldn't be to cram the traditional process into a smaller window, but to come up with a new process that understands how small the window is.

I feel I faced that challenge effectively for the Design and Composition course I developed, taking what should have been a year long program and produced a 12-week course that essentially forced the student to be constantly engaged in observing design around them while they learned the simplified principles and terms. I worked backwards from the goal and developed a process that made it inevitable.

Could that type of thinking be applied to an entire program for comics and concept art? I think so and I look forward to taking up that challenge in the future.