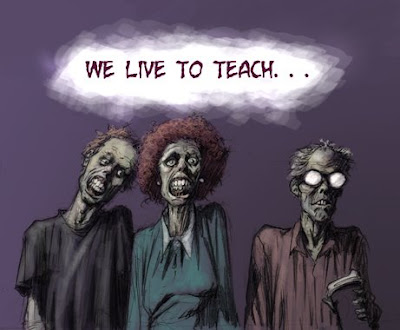 I really don't think the contemporary methods of teaching art is either healthy or developing. Institutions are either stangnant and entrenched in the methods that have been in place for decades or looking too far back in art history for a different answer to developing realist skills. perhaps, when faced with the zombie state of the modern visual arts curriculum, digging up the even older corpses of art programs is preferable -- if only to avoid the stench of decomposition.
I had never done any course development or actual teaching prior to being invited to help build the comics program at the Max the Mutt Animation School at the beginning of 2006. They were really looking for a two-year add-on to their established first year Visual Arts Literacy program. Already established programs from the animation curriculum would be plugged in as appropriate, as well. Plug and play. I didn’t know enough to know how bad those initial decisions were!

Anyway, the government forms describing the curriculum needed to be written without really knowing how long things would need to be effectively taught or who would be teaching them. Lots of guessing was made in order to make the approval deadline to announce the program for the 2006 fall semester. In retrospect, some of that guesswork was right and some was wrong. Hell, some was downright stupid.

However, now I have a certain amount of experience and I’m in a position to think aloud about what would make an effective and versatile comics curriculum. I don’t want to be a Utopian here; I want to think along the ideas of what would function in the real world so I have to start with some limitations:
A three year program.
A year consists of 2 semesters of 12-14 weeks each.
Students should have 6+ hours of classes a day.
Students shouldn’t typically expect to do more than an hour of homework per hour of instruction.

I’ll also have to start with some goals, but that raises the specter of what I consider a weakness in what I already developed. One of the big mistakes with the previous program is that the goals aren’t there. The program gives students a very broad range of knowledge and skills, but advancing requires competence in all of them, even skills beyond the actual career needs the student requires. The idea was that graduates would be able to do it all and well or not graduate. Specialization isn’t taken into account; would-be inkers or colorists would have to pencil at a graduate level to, well, graduate. Understanding how to draw and do storytelling would certainly make these students better inkers and colorists, but potentially denying them a diploma for an uneven skill set is a problem when it won’t diminish their professional status.

Another issue I have is in weakening the program focus for parachute classes. A two-semester Children’s Book Illustration class was shoehorned into the third year. I was dubious about it at the beginning. I made attempts to have the focus shifted to Book Illustration and Production so the skills would be more transferable toward comics work (designing graphic novels, trade dress, understanding type, and etcetera.), but they came to naught. If a secondary set of skills needed to be enhanced to allow some sort of back-up employment, then the options should feed the main focus in some way. Most of the comics people I know have done both storyboards and concept art in addition to comics work, or have left comics to follow those careers. I’ve done children’s book illustration, it’s a very different field from comics with very few points of intersection with the comics skill set.

With some major weaknesses identified, I can address goals again:
Program should be versatile enough to allow skill focus and career specialization
Program should offer some education in related fields with a high degree of shared skills
Students should be employable upon graduation.

That last one is the biggie. Artists are usually like quarterbacks; they get better with experience and after they’ve been whacked to the ground a few times. Ensuring a student is ready to professionally pencil (or ink, or colour) a book after three years of college is a tall order. 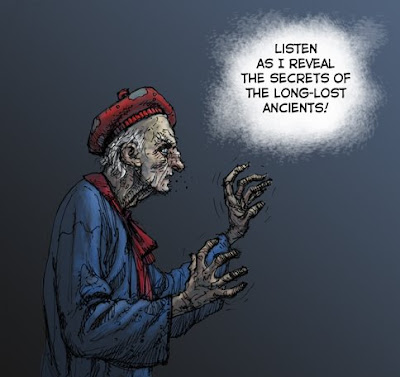 With such a specific and modern set of goals, I really don't think that many of the old ways of doing things can be brought to the table. Spending 20+ hours doing an exact and measured study of a plaster cast may develop a valuable set of skills for the imaginative artist, but no broad-based 3-year program can really afford to take that much time on a single exercise without being certain the whole of it develops the student in the best and most efficient manner. The skills developed by doing precision work are valuable, but the resurgent Atelier system is too cumbersome for a modern program.

I believe it can be achieved, and I start to explore how I think it might be done next update.
Posted by Unknown at 23:33

People should read this.