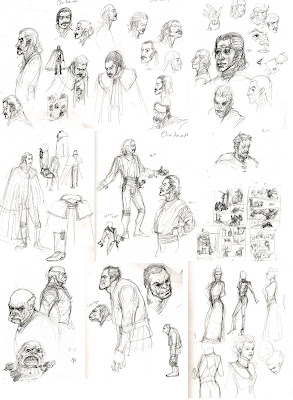 Note --I've been asked to remove specific mention of the company who owns the licensed property and the property itself as it might mess with the contract between the publisher and the IP owner.
Posted by Unknown at 14:35