So, the imagineNATIVE film festival put up a video and its PDF catalogue which both contain my artwork and character designs.   It's certainly a cool thing to be a part of, but there was a good deal of work that went into this, much of it wouldn't be readily apparent from just seeing the end result.

I was approached by Terry Lau of Beehive Design on behalf of the imagineNATIVE board to design and illustrate three characters that would evoke the Batman/Superman/Wonder Woman trio as much as aboriginal Canadian culture.  Below is Terry's mock-up of the three covers as one image.

The first meeting covered the basics and I left with the direction to draw powwow superheroes.  The plan was to avoid clichéd native representations while utilizing real cultural imagery as much as possible. So, the result I went for was powwow costumes that would feel appropriate for Batman. Superman and Wonder Woman. 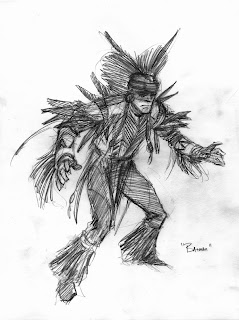 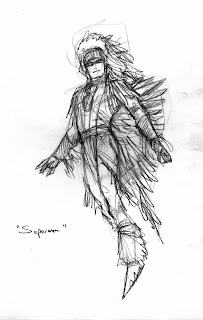 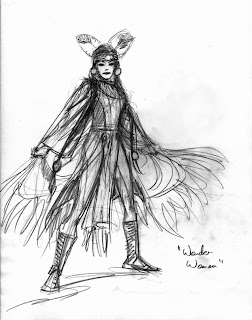 This turned out to be a dead end, but served well in helping the board get closer to what they really wanted.  Sometimes a client doesn't really know what they want until they see the result of what they ask for. The direction shifted from powwow heroics to characters clearly in the superhero mode.  Wonder Woman became Skywoman, Superman became Nanabush, and Batman became Raven. 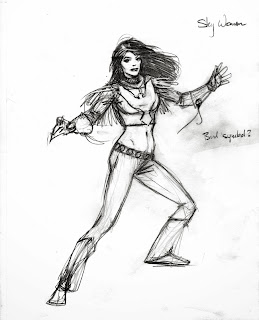 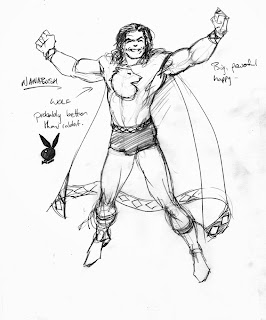 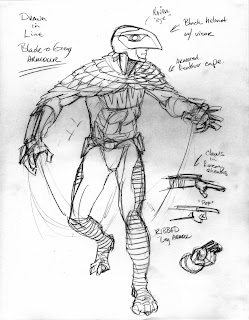 So, we were making progress, but more revisions were made - -here are a few of them: 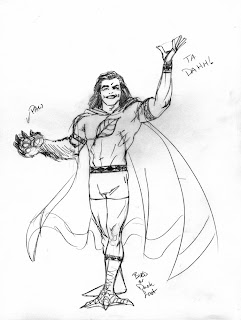 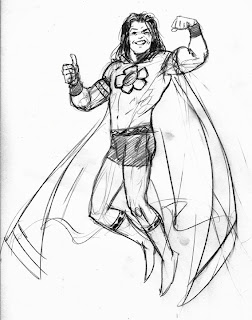 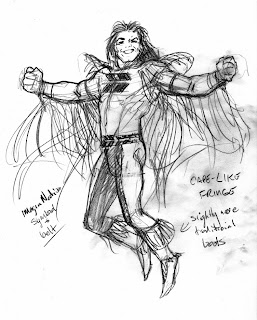 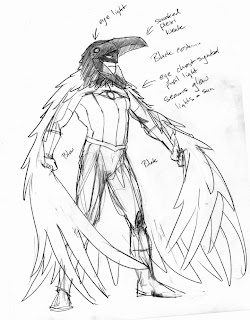 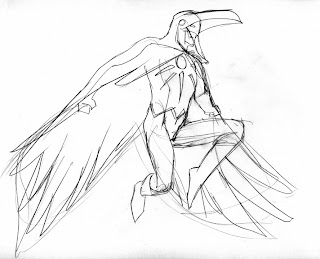 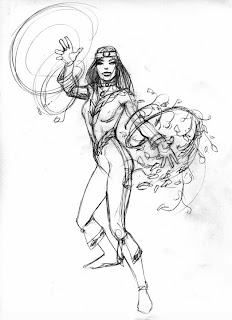 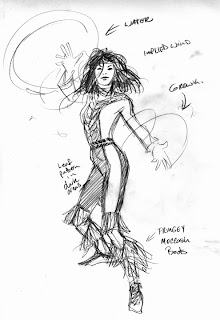 Which got us to the point on final versions in ink. 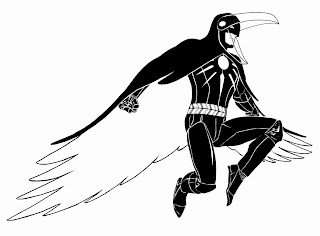 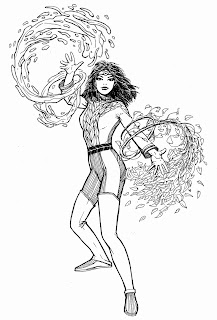 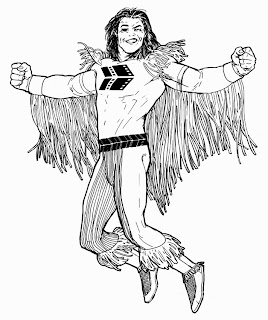 Then it was time to colour. 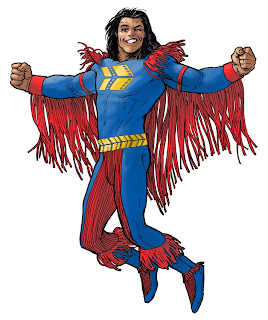 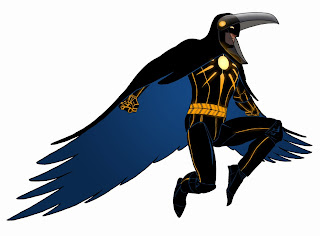 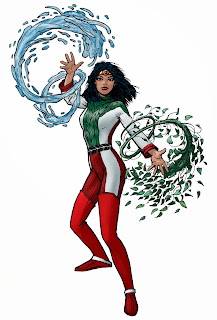 Raven was too much of a silhouette and had to be redone from the inking. 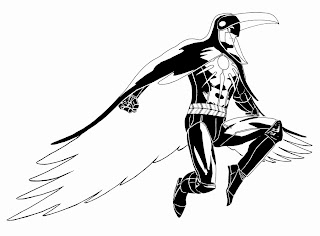 We were mostly there by this point and it was time to do the background. 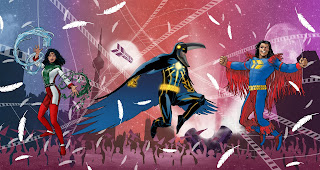 Being this close to the final triggered off another round of revisions and the initial layout/approach was put aside.

And Skywoman, which I approached as a Canadian flag with a touch of green, wasn't working, so: 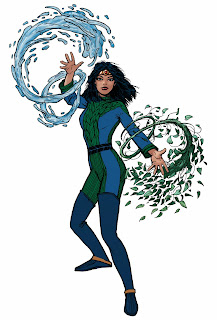 Which didn't work either, but then it was decided the belts weren't working either. 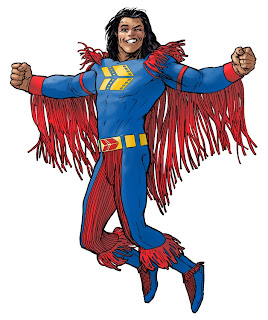 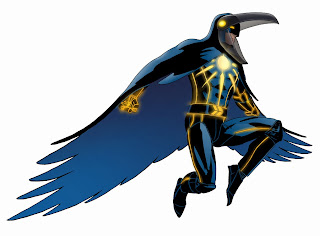 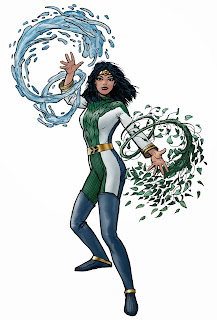 And we going to move everything toward this design: 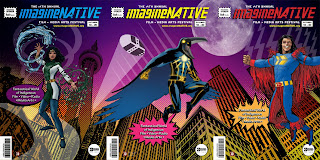 Which entailed some new background drawings as well as some other small revisions along the way.  The number of revisions are typical of commercial work and Terry made everything flow seamlessly even as another assignment complicated the deadline.

The festival starts on the 16th and I should be able to see all three covers printed then.  I'll update this entry with a pic of them as a group when I do.

Email ThisBlogThis!Share to TwitterShare to FacebookShare to Pinterest
Labels: imagineNATIVE

good job!! These seemed like they would have been amazing!