Last night was another in the limited summer run of Dr. Sketchy's events in Toronto.  It was another sweltering night in Toronto.  I'm starting to think rain is a lie or nature is responding to Rob Ford being elected as mayor and shutting down in horror.
Percy Kat was the model and it felt very much like a 70s genre revue; he first emerged from behind the red curtain looking like a supporting character from Barbarella: 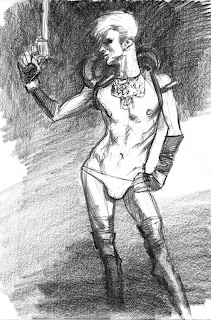 As the night progressed and the heat wore away and my focus I went back to this drawing and rendered it up a bit.

1-minute gestures were the start -- as usual. 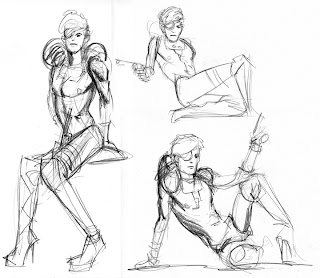 After the break Percy came out smothered in gold glitter and make-up and a hat that would have looked at home on Whoopi Goldberg's head from her role in the Star Trek series. 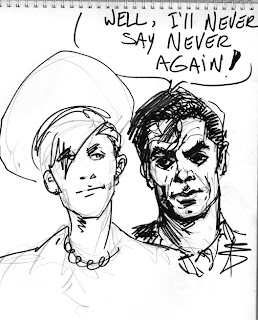 The last costume change and Percy wore a wig that put this image in my head: 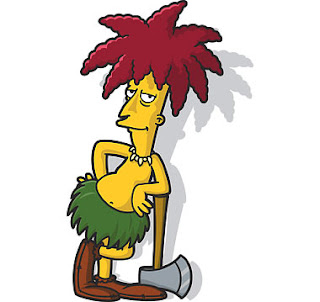 And so my brain was fried for the last of the night even though I made a few more feeble attempts at drawing. 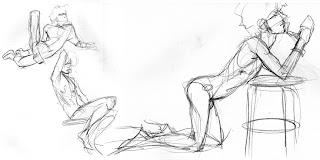 Despite the oppressive, soul-devouring heat, it was a great night out sketching with like-minded deviants.