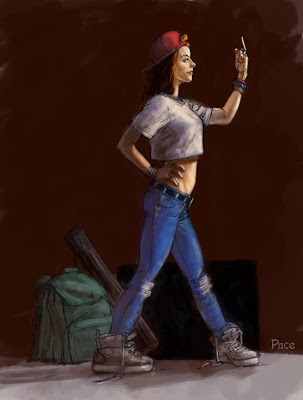 what about having the students' voices heard in regards to: 1)problems that may come up within the curriculum, for example if a teacher is not explaining theories as clearly as they could; or 2) ideas that will make the year more efficient and/or enjoyable, such as student representatives or drink and draw nights?

There has to be a fair and structural approach to maintaining both a high level of educational value in a course as well as student satisfaction.

The previous school I was with made a big show of being open to student feedback, but as far as I saw, student's expressing disatisfaction with the program were labelled as whiners and nothing was changed. There was a rather shoking event last year where over 80% of the students expressed disatisfaction with how a specific course was being taught in a student meeting. The result was a witch-hunt that ultimately resulted in a class full of students getting yelled at and blamed for the shortcomings of the course design and teacher.

A school has to be open to dialogue with a student body, preferably through student representatives for larger issues. There should be anonymous course review forms the students fill out at the end of each program as well, so an ongoing record of the program and teacher performance can be tracked.

The student meeting venue should be two-way communication, not just limited to pep sessions or 25-minute long speeches about politicians. Students and teachers have to be partners in the education process. At Max the Mutt, the owners often regarded the students like the enemy.

Encouraging students to actually have some fun doing what they're being taught to do for the rest of their lives is a good thing. Events like Drink n' Draws or Dr. Sketchy's should be a part of the larger art school experience.

Hope that answers the questions.
~R