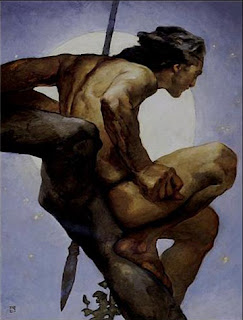 I read the news on Facebook earlier;  Jeffrey Catherine Jones had fallen seriously ill and passed away shortly after.

She maintained a web presence though Facebook, sharing many paintings and sketches and often discussing process and technique in response to comments from the justifiably appreciative audience.  Even through the cold filter of the internet, it obvious she was a warm and giving person and she would be greatly missed even without the volume of beautiful works left behind.

I first encountered her work in The Studio.  I'll admit to buying the book for the Wrightson and Barry Windsor Smith contributions, but later grew to appreciate the works by Michale Kaluta more and Jones's pieces most of all. His (at the time) paintings seemed like N. C. Wyeth painting Alma Tadema's subjects with Frank Frazetta acting as art director. 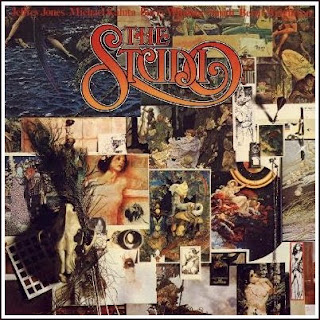 As I matured and grew as an artist, so did my respect and admiration of her work.