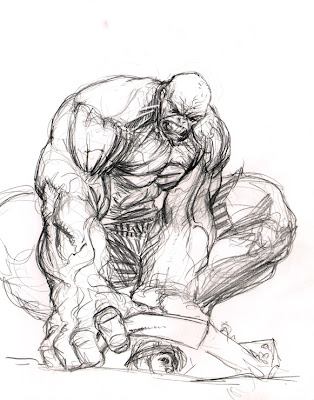 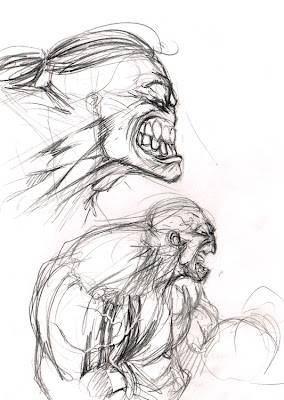 Heck of a weekend: Snow storm ties up my Friday and part of Saturday morning. My first experience with an optometrist since I was 10 effectively blinded me for the rest of Saturday. Today was taken up with getting crap done for the upcoming week and watching the NY Giants become the unlikeliest of Superbowl champions.
Did find some time to draw, not as much as I would have hoped. I wanted to do more than doodle on the Tori project, but my head just wasn't going there with everything else going on.
So it was a continuation of muscled monsters with big teeth. More Hulk and a little bot o' Pitt. I have a good idea of what I'd like to do with the Hulk thing, so look for that germ of an idea to be a more finished piece soonish.
Posted by Unknown at 23:13