Been doing a pile of drawing that's client-based, so the more time-consuming sketches I've done previously haven't coming out of my hands as much as before, but I have been hitting my sketchbook as hard. If you evet meet one of my students, you can ask them how important I think keeping a sketchbook is.
Here's a few things I decided to scan from the book:
This was actually a quick sketch during my Beginning Life Drawing class at Max the Mutt. The students were about to spend two hours over two classes doing one study, so we'd need more than just the student's work to make sure that the model could take the same pose, so I did a few really quick doodles of her, focusing on her placement on the stage. 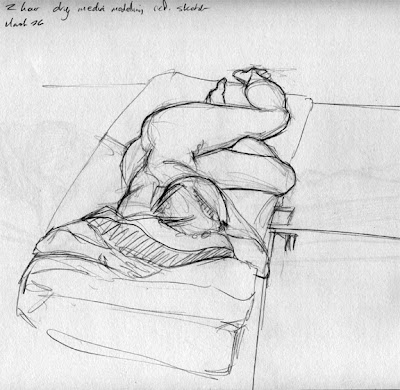 Of course, I've also spent some time on my recent Red Sonja addiction: 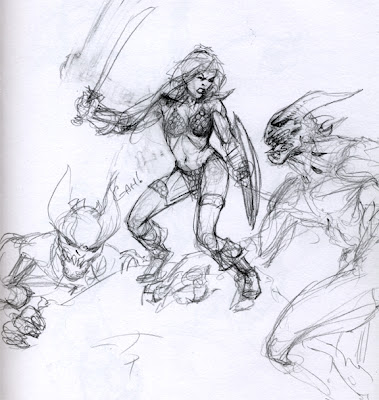 I did the above while thinking about what I'd want to do with a more finished piece of RS art -- I ended up with the Red Sonja/Lizardmen drawing posted a little while back. 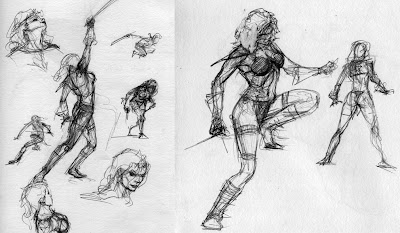 This are little more than warm-up doodles - -I do things like this every day before starting work -- more often than not they are on scrap paper from around my drawing table and end up in the recycle bin. My sketch book was at hand that morning, so I actually have a few to share. 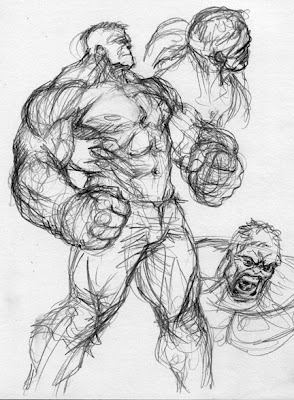 Hulk -- it's fun to draw the big guys. I should probably do a Pitt again -- THAT was a fun character to draw. 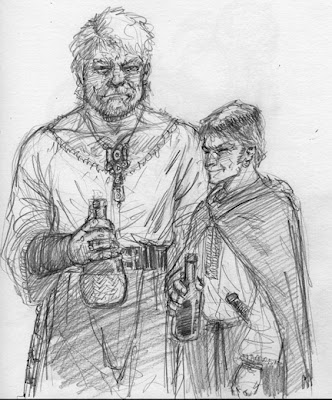 I got the new collection of Chaykin and Mignola's adaptations of Lieber's Fafhrd and Grey Mouser stories from Dark Horse -- I really loved those comics when they came out so I'm really happy to have them in a new book. The only original artwork by someone else hanging in my studio is a Mignola page from the first issue of that series. 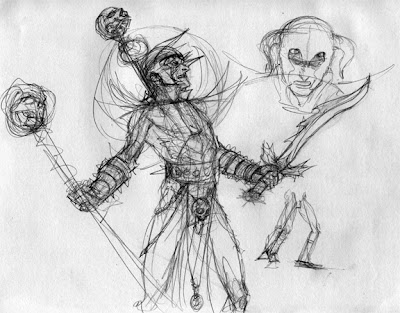 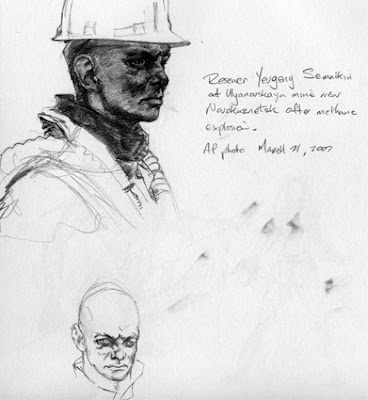 Drew this from a newspaper photo of a mine rescuer in Russia, the look on the man's worn face was just something I had to try to capture -- the doodle below was a quick sketch at turning the head in space from the photo.
Hope you all liked the peek into the broader range of what I do in my sketchbook.
Posted by Unknown at 10:11

I'm really looking forward to Postcards, by the way.