So, last week I really had a blast participating in the Hawkeye redesign thread over at Bendis' board. This week they decided to redesign Aquaman.
Ugh.
As far as comic book lords of the deep, I skew towards favouring Namor over the scaly orange and green third tier DC character, but I tried anyway. . . . 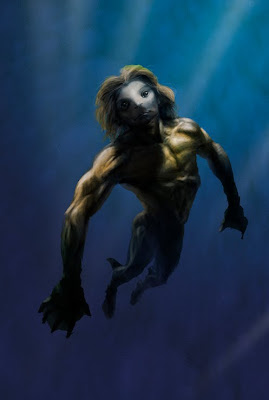 I ran into a bit of a wall when I decided I didn't really like my original idea and wasn't having fun executing it. When something like this happens these little side exercises become like work, and, since I ain't getting paid in anything other than fun, that's where I stopped. I've had that happen with a number of the Remake/Remodel characters offered up at Warren Ellis' Whitechapel forum so I'm not a regular participant in 'em. Love to see what everyone does, though.

But I hate quitting and I really didn't want to stop participating as quickly as started, so I came up with a whole new take on Aquaman: 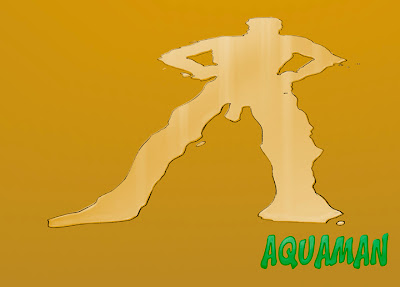 The watery penis tells you he's all man.
Posted by Unknown at 00:53

I really like top one. My biggest gripe about Aquaman is he rarely feels like he could be swimming through the depths. Dig the fishy attributes here.