Had a great model, Minouche from Les Coquettes. 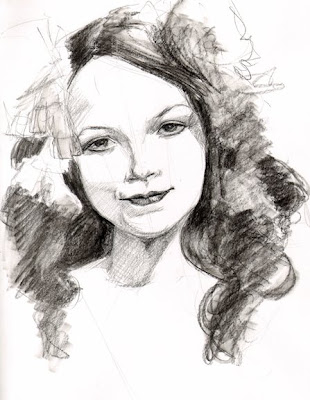 Had a real slow drawing night; I decided to use carbon pencils for the first time. I certainly like them a great deal, but they aren't as slick or forgiving as graphite. Felt a little like conté pencil, actually.

On December 8, Dr. Sketchy's is having a Star Trek theme -- here's hoping for green women!

Also did some actual "formal" life drawing this past week at the TSA. There weren't as many gestures as I would have liked, but the environment was pleasant, model quite good and lighting as acceptable as you could expect in such a setting. I'll try to take some pictures later and post 'em.