Another Dr. Sketchy's this past Monday night. The model, Anastasia, was great -- made me regret not being able to make it out to the Camerons House the last time she posed. I held a small hope she'd dress as Vampirella again, but, alas, it was not to be. 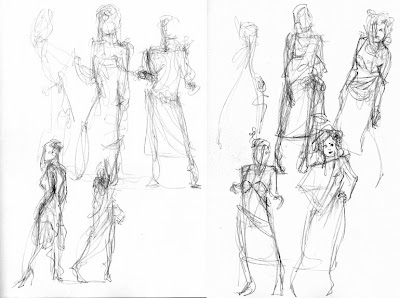 Warm-up was the usual 1-minute gestures with a beer -- the beer for me, of course.

The dress was really interesting -- it was some sort of photoprint of Ozzy Osbourne with heavy chain straps and trail. 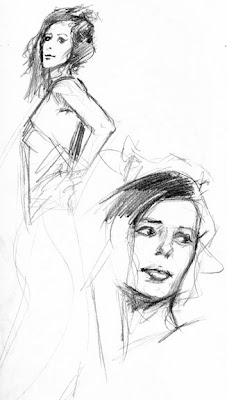 A break was enough for a costume change -- sexy cheerleader thing with little white gloves and insane shoes! 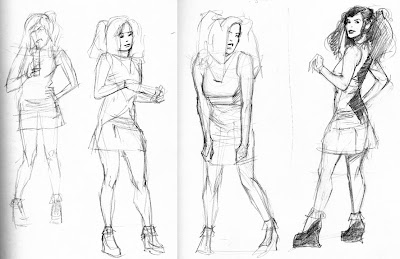 The first drink contest was to riff on the Ozzy dress and have her biting a bat. . . 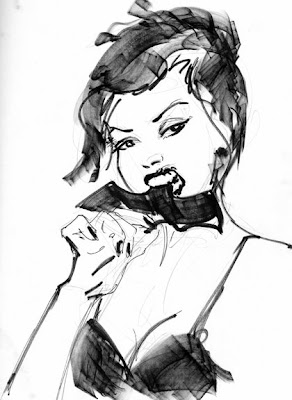 Anastasia wasn't really chomping on a bat -- it looked like some sort of harmonica, really. Anyhow -- I got to drink something Brett called Bat Blood. Tasted a little likea melted popsicle. 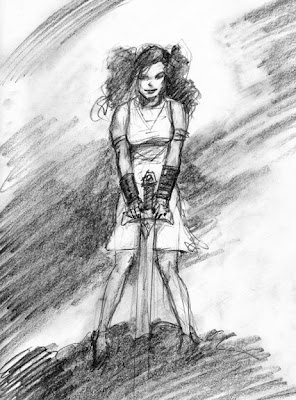 The next challenge was to draw Anastasia in the style of one of your favourite artists. I chose Frazetta. 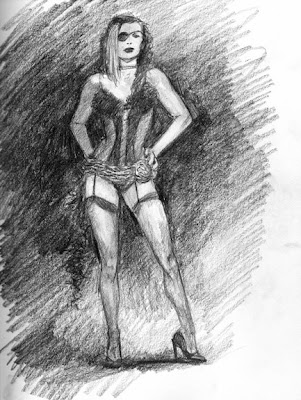 Spent the rest of the night drawing her as this lingerie pirate - -which made me think of that classic film, Flesh Gordon.
Well, I think it's a classic.
I've a backlog of other stuff to post, but I've really been swamped. Try to get to it soon.
~R
Posted by Unknown at 10:15