I finally got around to taking pictures of my homemade lightbox in response to a thread over at conceptart: 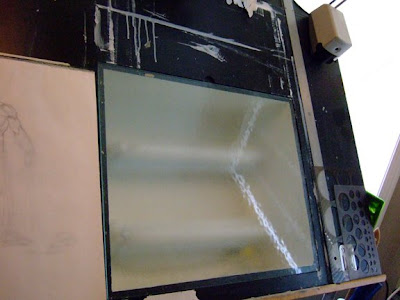 I built mine into my first drawing table.
It's been serving me well for over 10 years, even though, with the experience of making this one, I'd probably make slightly different choices on the materials and tools I used. 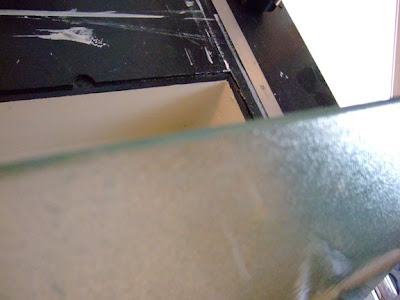 The glass store I went to only had pebbled glass, which works as well as frosted for light diffusion. 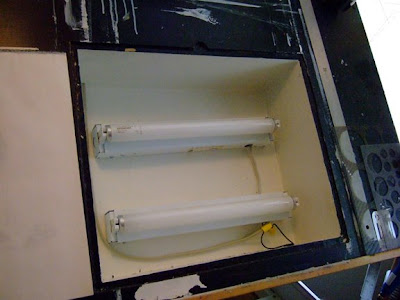 I painted the interior of the box white with semi-gloss latex and I smoothed out the corners with a thick caulking compound to keep the light from trapping there. 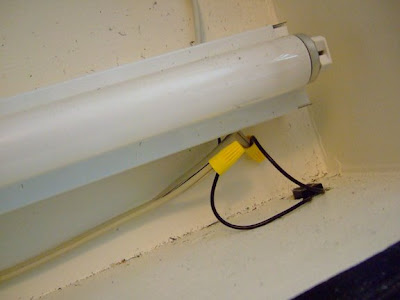 That's ten years of eraser bits working their way into the box.
I think this is the first time I've even opened it in over five years -- lights are still going strong. 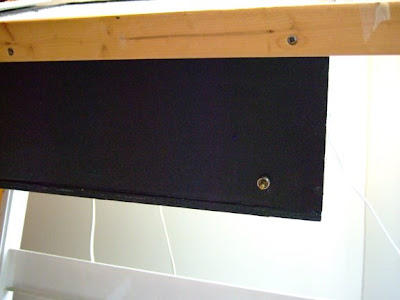 Instead of plug in lights, I used fixtures and put a nice brass on/off button on the front of the box. I also added a real thick pencil edge since I was tired of the flimsier ones breaking. 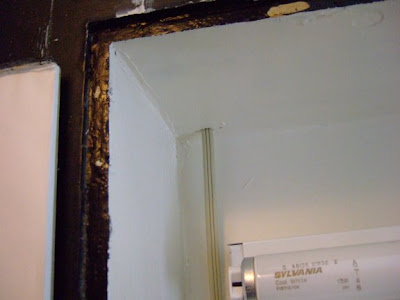 I have a three prong plug coming out of the back. It's pretty low tech and easy, but the damn table weights far more than it should now. I figured that this cheap table would have broken by now with the additional weight, but it's still going.
Doing it again, I probably would have used a router for the bevel (I used a chisel at the time -- ugh) and a lighter wood, or even masonite for the box.I think it cost me between 30-50.00 CDN to do the lightbox.
Hope this helps.
Posted by Unknown at 11:55

I love your design and it's incredibly cost-efficient. I would love if you could post another blog detailing the steps, materials and measurements to build your own. I have someone special in mind whim I'd like to build one for his birthday as he is an aspiring art student.