My long-time friend Mike Wieringo passed away a year ago today.
I meant to start the day with a quick sketch in his memory, but doing that overloaded the process and a quick sketch took all day with dozens of false starts.
I decided that the Flash sketch would have to do, weak as it is, since Flash was the gig Mike started shortly after we first met at a New York comicon.
I knew Mike for over 15 years, spending most of that time talking on the phone for way too long every week or so. I never bother with speed dial settings on my phones, I'm kinda lazy that way, so I have a print out of my frequently called numbers -- Mike's name & number is still on it. 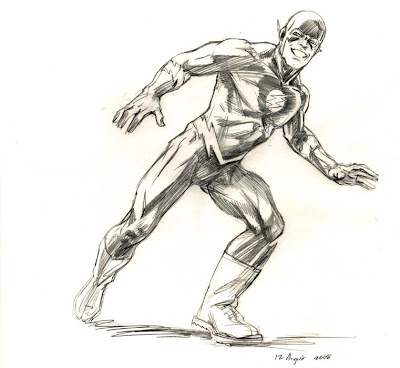