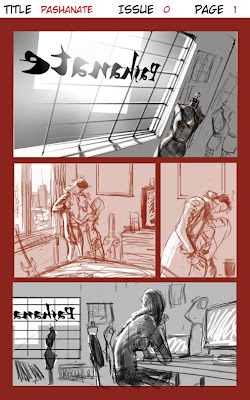 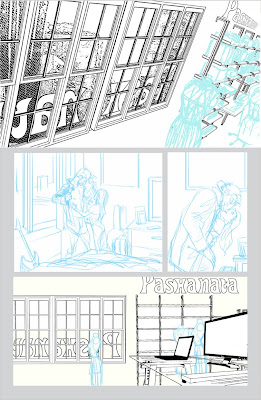 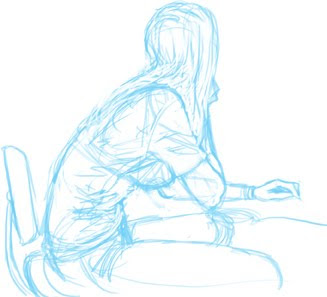 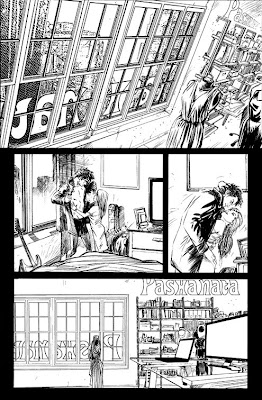 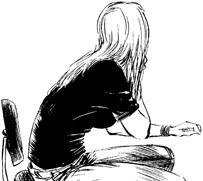 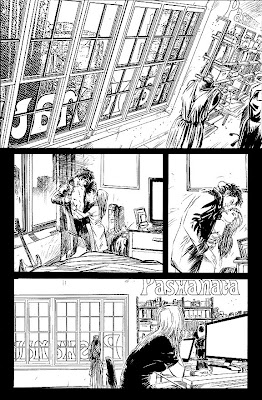 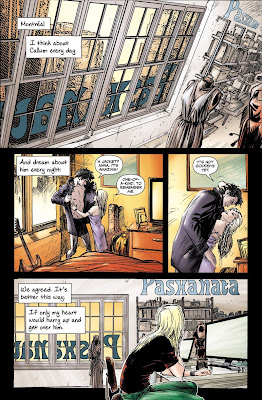 It's a strange experience to see someone else's colours on my work since that never really happens to me anymore. It's difficult for me to judge these objectively since the colours are applied and used so very differently from how I approach them -- or how I saw them in my mind's eye while I drew them. The feedback has been generally positive, so that's cool!
I start playing with digital tones and textures almost immediately after this page, so I might show another page process in a few days.
Posted by Unknown at 10:53

Richard as always your art is amazing! Going through the comic there were some really great facial expressions that gave the script more spunk to it.
Thanks for posting!